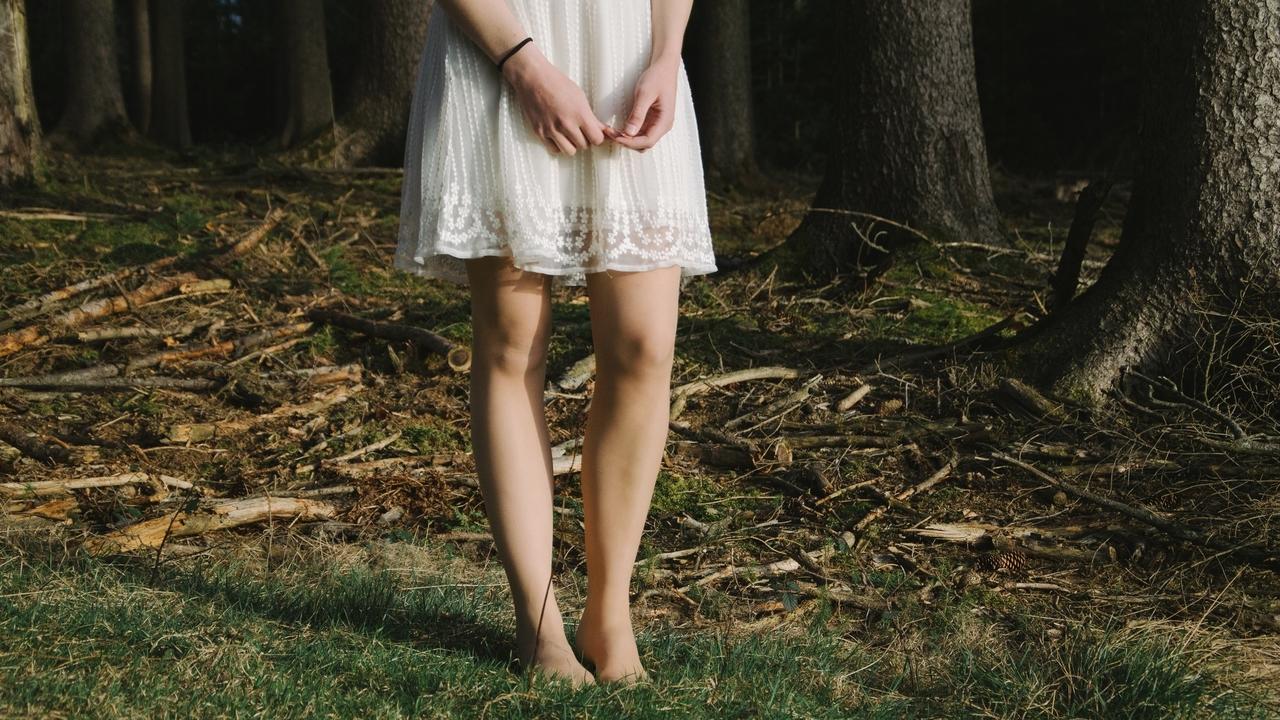 It all started in 2008. I got married the previous December, and then as expected our eyes turned towards starting a family. After a few months of trying, we got pregnant - hurrahh! The joy of seeing those 2 lines on that stick is just indescribable!

OMG, I'm going to be a mother...the realization started to sink in. With a due date now confirmed for March 2009, let the games begin! I bought the 'What To Expect When You're Expecting' book (the apps weren't around back then!), as you do on your first, and excitedly started to read each week's descriptions...trying not to read ahead...touching my stomach sweetly each week as my baby's size changed from fruit to fruit! My husband and I were so excited. I tried not to think about names just yet, but couldn't help scribbling down a few! I felt a bit nauseous, which I welcomed...ooh that's a good sign! And then I couldn't believe I started showing at about 10 weeks. I loved the little swelling at the base of my abdomen. I visualised holding my baby in March and was so excited to think about pushing my baby around in his/her buggy while on Maternity Leave. It was thrilling :) I knew my baby, chatting away to him/her all the time. It was the best little secret to keep! We were bursting to tell everyone at 12 weeks.

And then, to my utter horror, one day a week and a half later as I was on the loo, I saw some faint redness on my loo roll. Oh holy f***, that is absolutely never the colour you want to see when you are pregnant. I was very shocked, 'but loads of people have spotting during pregnancy, I'll be grand', I convinced myself. However, the spotting increased a little as the day went on, and the following day it was stronger again and brighter in colour, and at that stage, we called the hospital and went to A&E. Unfortunately, we met an a**hole. That's the only way I can describe him. He was totally ambiguous with us, and it really felt like he just didn't give a sh*t. He didn't speak in layman's English and just couldn't provide us with any form of straight talking. Apparently, there were no scanners available as it was the weekend so we just had to wait and see. It could be fine, or our baby could be gone. That was it. I'll never forget it as long as I live. Trying to speak through my tears - I could barely see him. I kept asking "is my baby ok"?

My husband was amazing and as we went home later that day, still none the wiser, he took control. We were living in London at the time, and I was lucky to have good private health insurance. He said 'screw this, we need better care, you have health insurance so let's use it'. So he contacted the insurance company, who had a nurse who was gorgeous. She was so incredibly empathetic and helpful. We were booked into a private hospital in Kingston the next day. It was then we met the legend Mr. Fabian Imoh-Ita, and the incredible staff at the hospital. The care they gave us was second to none. They treated us with total and utter respect. He scanned me to ensure the baby was indeed gone. We'd had a 'missed miscarriage'. The nursing staff were just incredible. They knew they were dealing with a loss, a death, and grieving parents. I had an operation and went home to start the grieving process.

But that's when things just went downhill for me. What was I grieving? Where was my baby? I just couldn't stop saying 'I just want my baby back'. I was totally and utterly devastated. The guilt you feel is horrendous...was it something I did, was it my fault, did I cause the death of my own baby? Jesus Christ. As the months went on, my grief didn't appear to improve. I couldn't look at a pregnant woman as my heart just felt like it would rip open. I think people didn't know what to say to me. Maybe they didn't understand - it wasn't a real baby yet...sure I was only 3 months pregnant. But to me it was. My baby had a life, a future birthday, parents eagerly waiting. And despite everyone's positive comments of 'well at least you got pregnant', nothing helped. My dear sister tried to usher me to call for help & get professional support, but I just couldn't. I once dialled a phone number then just hung up. I felt paralysed by my grief. No doubt some felt I was being very dramatic. But my baby was gone and I had nothing to show for it. I remember when I went back to work, people didn't know what to say. As I hadn't told anyone I was pregnant, I think people felt awkward, and also they were quite distant. I felt like it was a dirty little secret almost. I felt people were thinking...just get on with your life, would you!

I think it wasn't until 5 months later when we conceived again, that my grief lifted. I don't think it really ever leaves you. Obviously, I was terrified that the same thing would happen and wouldn't be fully happy until I held my baby. I had never really heard of early scans or reassurance scans before. At this stage, I was in Dublin and my husband was still working in London. I happened to be flying to London one weekend for a visit when I was just over 6 weeks pregnant and I called Mr. Imoh-Ita who agreed to see us and scan me. And oh my goodness, he turned the screen around and showed us our son's little heartbeat. The tears, the utter joy, the relief was indescribable. Even as I type now, I'm smiling widely, and that was 7 years ago. Fast forward a few months and our gorgeous little son was born in November 2009, on his due date, in a very straight forward birth. Feeling that gorgeous, warm, soft, sweet-smelling baby on your chest for the first time...there are no words. The whole experience changed my life and the course of my work. We were seriously tempted to call him Fabian! One year later to the day we were celebrating his 1st birthday and the night before his party, I did a pregnancy test which was positive. I booked into a private clinic and had another early scan and all looked awesome thankfully! Thank God, once again we were blessed with a second beautiful baby boy!

I think the miscarriage put everything into perspective for me. I knew how desperately lucky we were to have 2 healthy little bundles of energy :) Every day, to this day, I give thanks for my two babies.

So this year in summer 2016, 5 years on, we decided to expand our brood to have another baby. I was a little apprehensive as in reality I was pushing on in terms of maternal age, despite being really healthy and fit! We had in our head it would take at least 6 months, possibly much longer, but didn't put any time pressure on ourselves. So you can imagine our total and utter shock when we got pregnant straight away. Holy sh*tballs! I couldn't believe it! Anyway, once again we were thrilled and super excited...March 2017 here we come! Thankfully I had been taking my folic acid and I felt great, although a little crampy & knackered all the time. We were due to head off on holidays so I called the hospital to book in as it's busy here. And I also booked our early scan again for 8 weeks.

We headed off on our holidays and had a great time...until once again the appearance of faint red on the loo roll. 'Oh God not again' I thought. I was just over 6 weeks pregnant, and it was happening again. Being in Spain, I felt isolated. I called my amazing GP and friend at home, who was so wonderful. We tried to find different clinics to have a scan but being holiday time in Spain, the gynaes were all away. All that week, my body began the process that mother nature intended this time around. I thought naively that I wouldn't have a second miscarriage. It was physically and emotionally long and painful. But I got through it and I didn't feel as devastated as the first time. I think this was because I already had my two precious boys who were full of smiles and energy or maybe I shouldn't deserve to feel sad as I already have two beautiful children. I'm trying not to be sad and just see the positives. Knowing that my body is healthy and that we got pregnant really quickly is all wonderful, so that is exactly what I'll be focusing on for the next few months as we try once again.

I want to talk about miscarriage. I don't want it to feel like a dirty little secret. I want women to share their experiences as my experiences are so incredibly bog-standard but yet it still feels like it's a taboo subject. When almost 25% of pregnancies end in a miscarriage, why is there not more openness, more support, more understanding and more empathy for women and their partners? I'd love if ALL the medical profession we encounter in hospitals can be as empathetic and as understanding as the team at the New Victoria Hospital in Kingston-Upon-Thames, and my lovely GP.  I want to raise the profile of the sheer grief attached to miscarriage and that some women and their partners can be left totally devastated by their loss. So ladies, let's get together, let's share our journey so that we can help other women going through the same situation.

I'd be honoured for you to share your story below in the comments, or email me at [email protected].

Big love to you all

Helen Plass is a Pre & Postnatal Fitness Specialist, and Yoga Instructor, working with women and their birthing partners to achieve a comfortable, healthy & happy journey into Pregnancy, birth and Motherhood. She is known for her very practical & non-judgmental approach to pregnancy and the crazy times of motherhood. Check out all her communication at NurtureMamas.com, and if you are in Ireland, her local business MumandBaby.ie