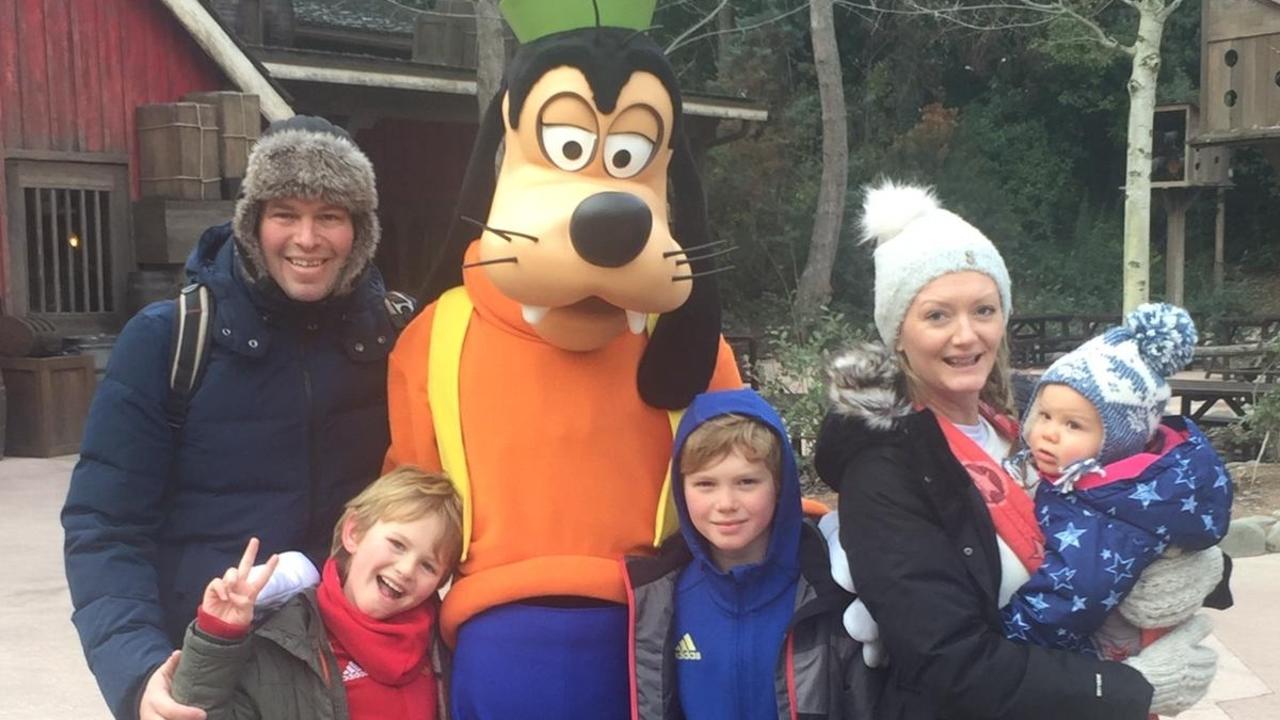 Last week we took the kids off to Paris for a Disneyland adventure! We had never been before, we are not Disney heads and really did not know what to expect! I had joined this incredible Facebook group which was a big help for tips and suggestions.

Off we flew with Aer Lingus to Paris on Monday morning, 3 kids in tow. It was really straightforward and thankfully Nico was a legend on his first flight. We got a private taxi transfer straight to the hotel, which I had prearranged and would definitely recommend with young kiddies. We stayed in the Newport Bay Hotel on site. There are 4 hotels on the 'campus' and if I was staying with little kids, I would most definitely advise staying in one of them for ease. You also get early entry to the park, which is a definite bonus when it comes to queuing. The main parks open at 10am to the public, but we could get in from 8.30am. We did that for a couple of mornings and it most definitely paid off. You also get Fast Passes on your hotel key, which are a godsend for avoiding the queues! For the big, really popular rides, most of them have Fast Pass option, which means a separate entrance with virtually no queue...lifesaving with kids...my kids anyway!!

We stayed for 4 nights, but 3 nights would be enough I think. In the Newport Bay, we went for the B&B option and upgraded to their 'Compass Club' level. Each of the 4 hotels has this upgrade available. For us, we had a private check-in area which was actually brilliant as it's a humungous hotel (about 3000 rooms!) so the queues for check-in were insane. You also had a lounge that you could access during the day for drinks in the late morning and afternoon tea from 4-545pm. So basically we ate an enormous breakfast and went back in at 4 for tea and cakes/sambos/fruit.

Our hotel had a swimming pool which most people said you won't use, but it was one of the highlights for our boys!! They blooming adore hotels with pools and we used it 3 or 4 times, which I knew we would.

We also got an extra Fast Pass per person per day, and little things like we could just leave the luggage in our room and they come and collect it and store it away for you on the day you check out. Seems small, but 2 kids, a buggy and a baby is a lot to drag out of a room, without thinking about pulling suitcases along with you! I would recommend this Club option if going again.

The food in general in the park is quite fast foody. Thank goodness I brought pouches for Nico, as otherwise I really would have struggled. There are no supermarkets or chemists on site. And everything is SUPER expensive. We ended up saving a fair whack on food by going for the Compass Club option. I bought 4 x 500ml bottles of water in the hotel bar and it was €17! I told the kids to enjoy them :)

My boys were not Disney heads at all and thought people were insane wanting to queue to meet the characters! But by the last day, I stumbled upon Goofy and Pluto in a really quiet part of the Park, and the kids were beyond thrilled to meet them and get photos with them. I kid you not they are like celebrities and Mickey had a few security guards with him as he flew past us one day!! 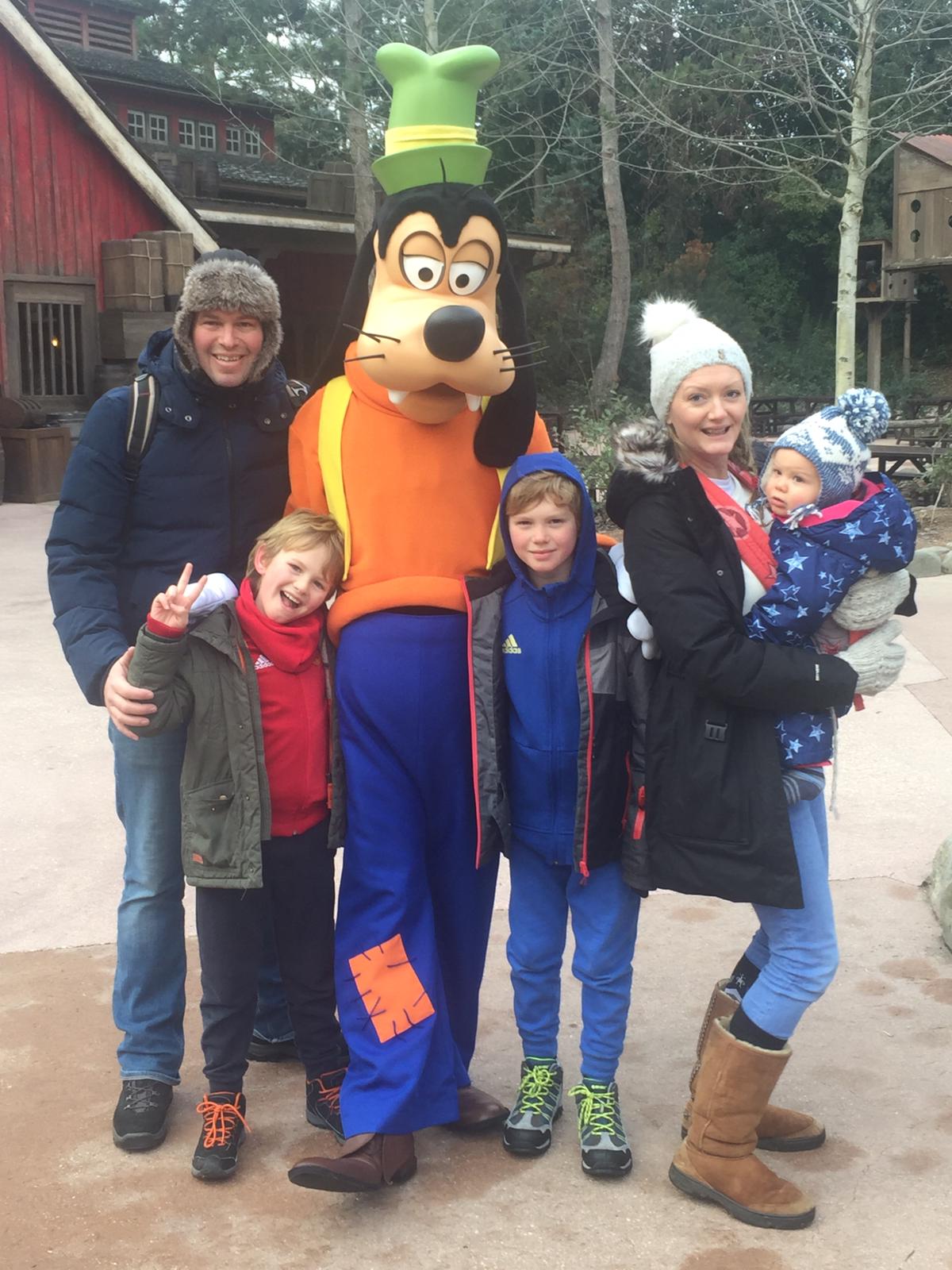 They also came into the hotel each morning so if you wanted to queue for a few mins in the warmth, that was also an option!

Nico went on about 80% of the rides with us, so there are definitely rides for all the family! I absolutely loved some of the family rides like Peter Pan, Buzz Lightyear, Mad Hatter Tea Cups and even flying Dumbo :) My eldest is also a bit of a scaredy cat but he did manage a few of the more tame rollercoasters like Thunder Mountain (an absolute favourite), Crush's Coaster and Indiana Jones.

There were a few Parades and shows in the park on during the day. We didn't plan an ounce of it and just went with the flow and still got to see pretty much everything. 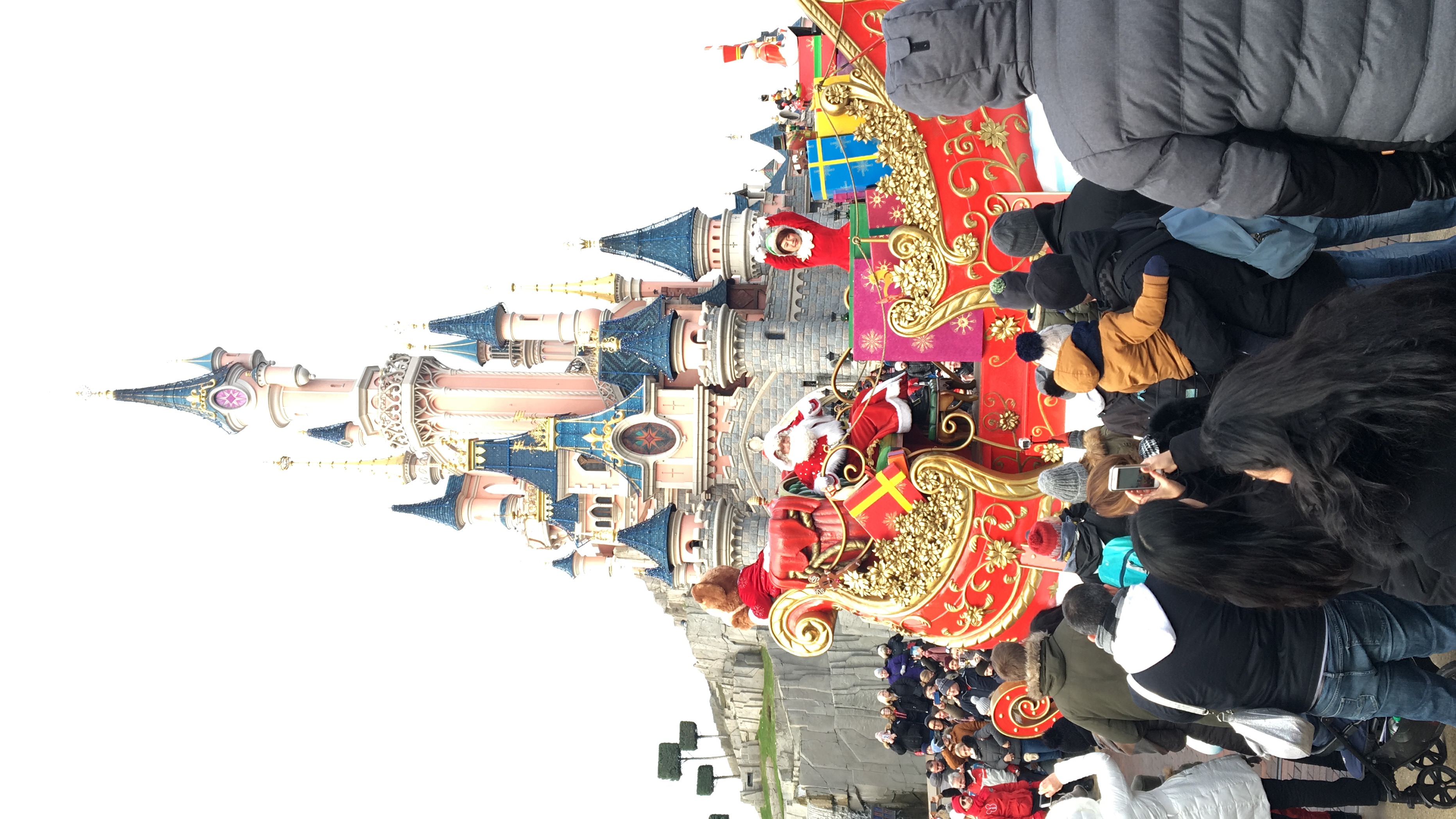 An absolute unmissable is the nighttime show - Illuminations. Oh my god, it's just incredible. We just watched it one night, but I could have watched it every night if we didn't have little ones! 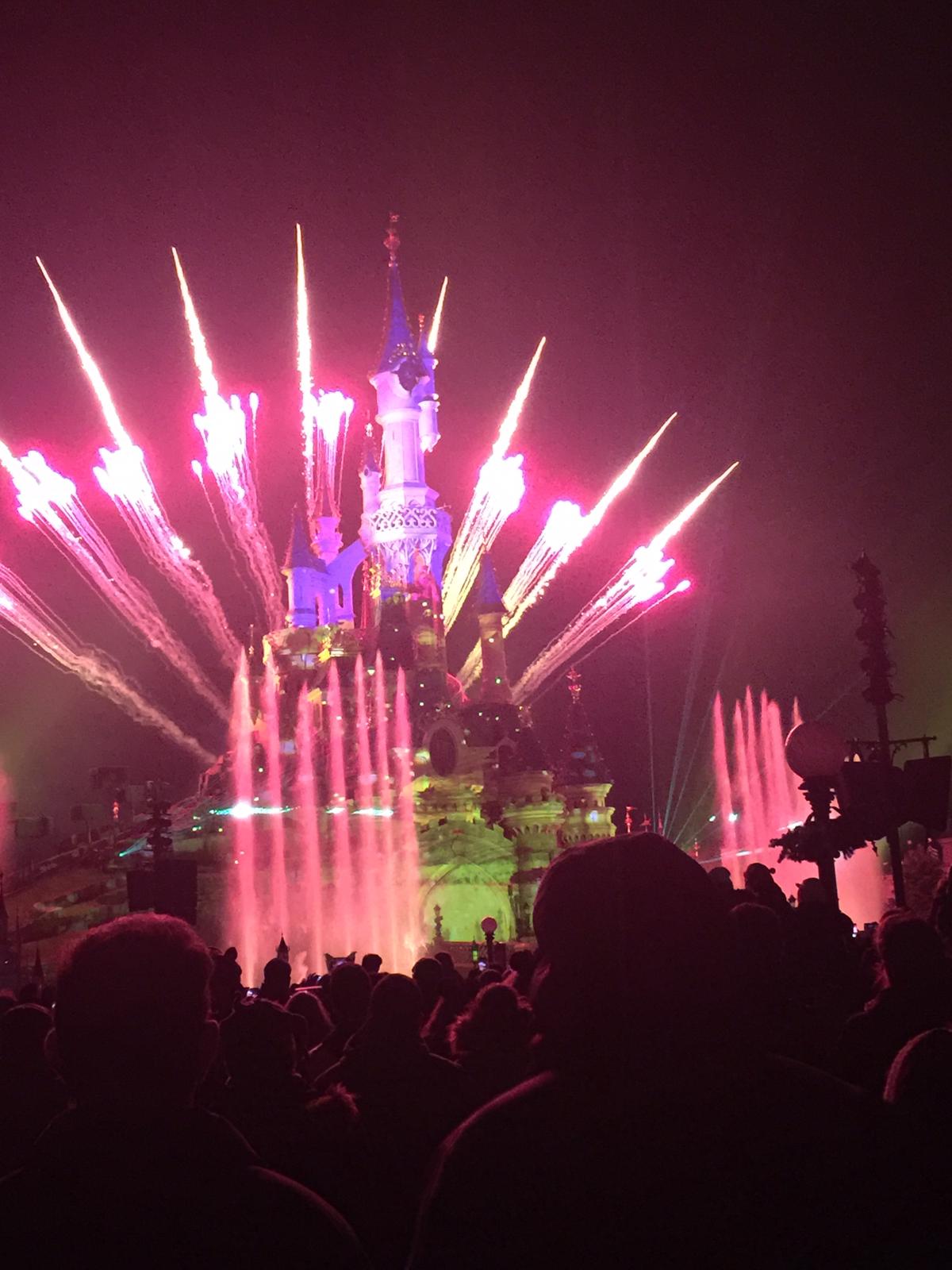 So my top tips for going would be (this is based on going with young children):

Everything was very straightforward thankfully. You can spend as much or as little as you want to because there are cheaper fastfood McD's type places in the park as well as Starbucks. But be mindful that it's at least €30 pp per meal for most of the main restaurants, and that's not including any alcohol. That's being pretty modest too. All restaurants are INSANELY busy after the illuminations show.

A note about toddlers - I'm not sure if I'd bring Nico next year as it's so tiring and overwhelming. Let's face it, you can't reason with a toddler, particularly if you have a 'highly spirited' toddler, I'd consider waiting until they are 4 or 5! That's my personal advice anyway! Most of the tantrums that I saw were with overtired, over emotional 2/3 year olds.

If money allows, I'd recommend staying at the Disneyland Hotel as it is right at the Park entrance. If I was going again, I'd certainly look into that, particularly in winter as it was so cold and would have been awesome to just pop in and out. The other hotels are about 12-15mins walk away. There are shuttles but we never bothered and once we waited and it never turned up. We did go at one of the busiest times of year though.

Overall I loved it! If you are a super organized person, you do have the ability to book everything in advance, even down to photo passes, booking restaurants, meeting characters, having lunch with characters, being a princess for a day etc etc. None of those really appealed to us, but with Disneyland, the choices are really endless!

Helen Plass is a Pre & Postnatal Fitness Specialist, and Yoga Instructor, working with women and their birthing partners to achieve a comfortable, healthy & happy journey into Pregnancy, birth and Motherhood. She is known for her very practical & non-judgmental approach to pregnancy and the crazy times of motherhood. Check out all her communication at NurtureMamas.com, and if you are in Ireland, her local business MumandBaby.ie