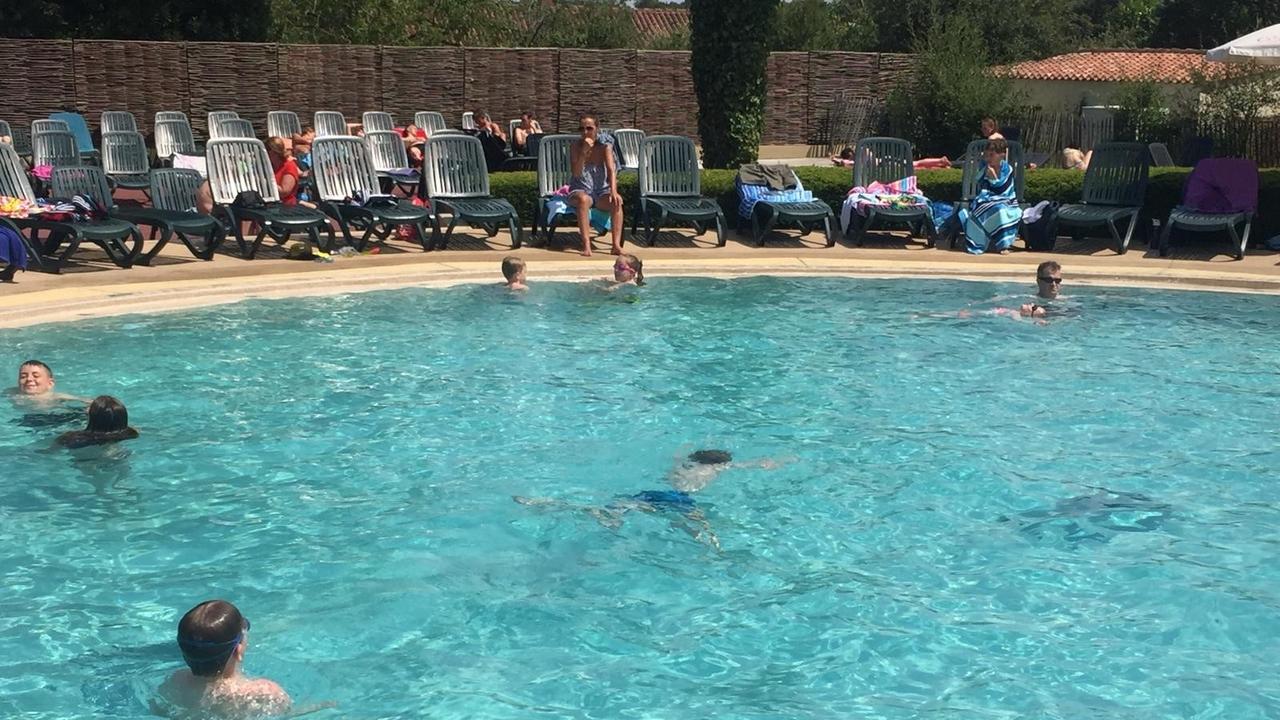 We've never been to a campsite and I have to be honest, my expectations were pretty low! But I'd heard so many good things about how amazing campsites can be for families, so this year we decided to give it a bash! I researched a few of them - we wanted a quieter one where you weren't all on top of each other and you weren't going to see half the village over there! No offence, but on holidays I like to be sort of inconspicuous! 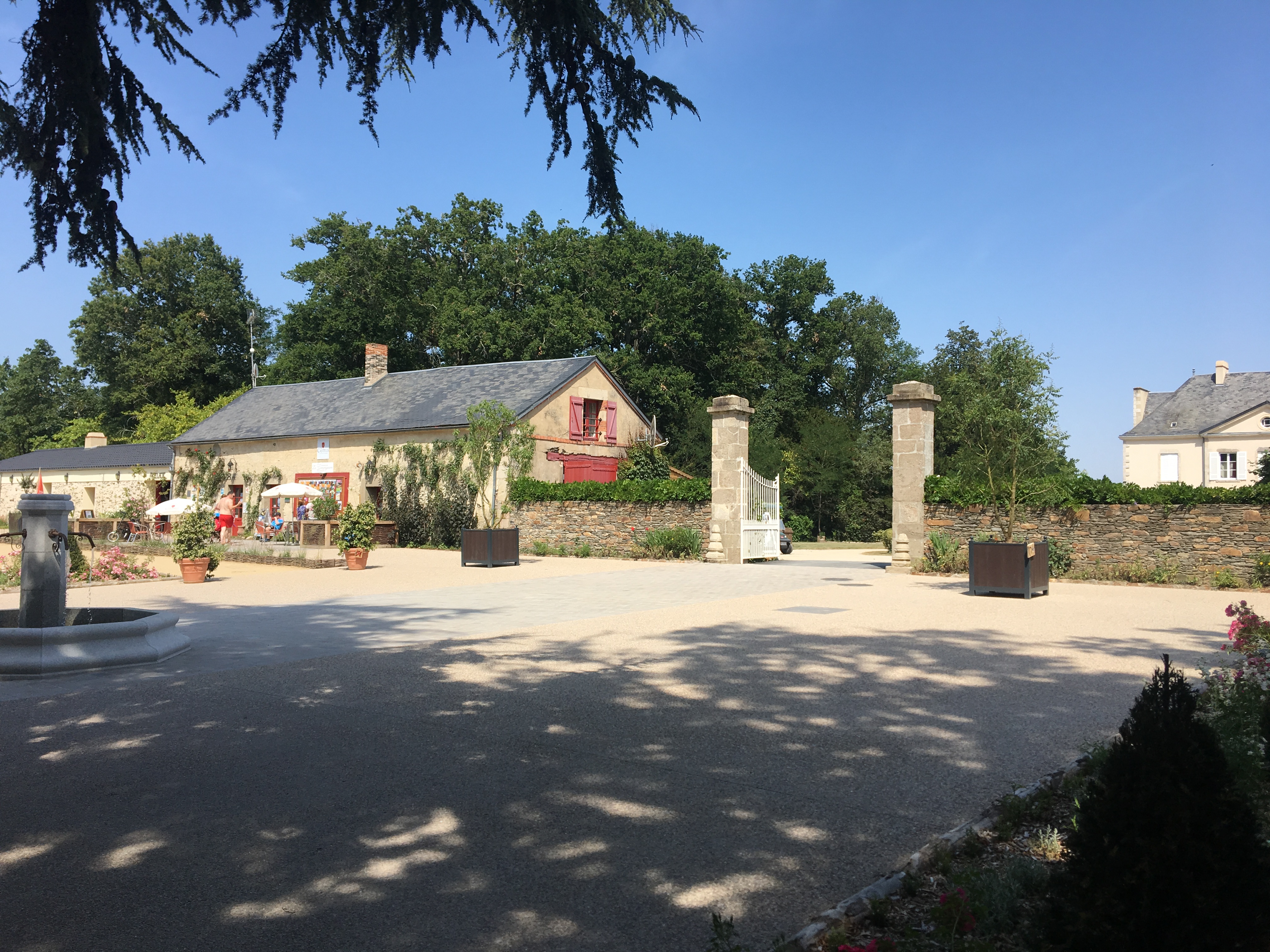 I follow the lovely Cliona O'Connor, a.k.a. @leanmeanmomma on Instagram. She has been camping all her life as a kiddie and now goes a lot with her own kids. She put up on her highlights on Insta a review of several campsites they have been to over the years and one stuck out as interesting to me. It's called La Garangeoire. Here's the link to it: https://www.camping-la-garangeoire.com/en/. You can book directly with them or via Eurocamp. We went via Eurocamp because the ferry and available dates didn't match up, plus we got a discount code via family for them which probably saved us a couple of hundred Euro.

The ferry we took was the lovely new WB Yeats with Irish Ferries, from Dublin Port to Cherbourg. I was very impressed with it, all clean and modern. I thought there might be more to do for the kids but it was still a really positive experience. We had a cabin with a window and all 5 of us slept there with Nico in a travel cot. He didn't sleep great but otherwise, the beds were quite comfy. A few learning curves for us were simple things like the plugs on the ferry were European so we needed adaptors; we didn't realise that you couldn't access your car once we set sail and a few small things like that. All in all though it was great and went by quite quickly. The food was only average and pretty expensive for what it was. I would have liked to have seen more healthy options on the menu. I also thought the duty free would have been bigger & better. Maybe I confused it with a full on cruise ship!! 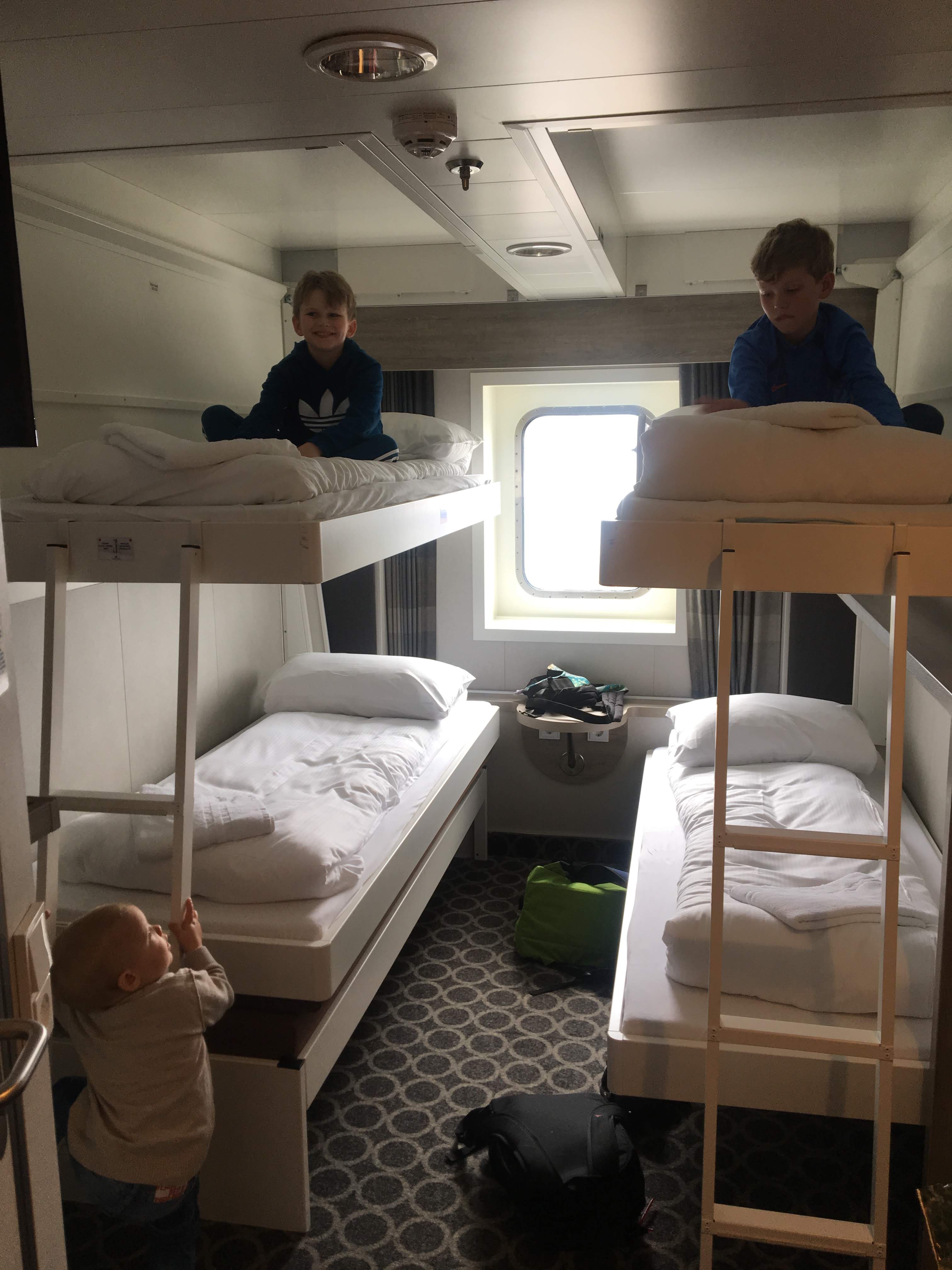 Our drive once in Cherbourg was about 4 hours 20 minutes which would have been fine as we stopped once, but Nico screamed for most of it - ohh the stress of a baby who wants out of his car seat!! But sure we all survived the journey and were really delighted to get to La Garangeoire in one piece :-)

La Garangeoire is pretty much in the middle of nowhere, on a large forest-type area. There is a little castle on site where the owners currently live and they are all actively involved. There is a ton of activities for the kids. Each morning there is kids club which is very well set up. My boys would be a bit allergic to kids clubs so only went one day to the football part for a couple of hours. One wasn't too impressed, so that was the end of that! There is a full list of activities for all ages each day, from yoga and pilates on the lawn, to running, to wine tasting, horse riding, archery, table tennis, pedal boats, fishing, night walks, night swims and so much more! There are 3 main pool areas which are absolutely spotless. 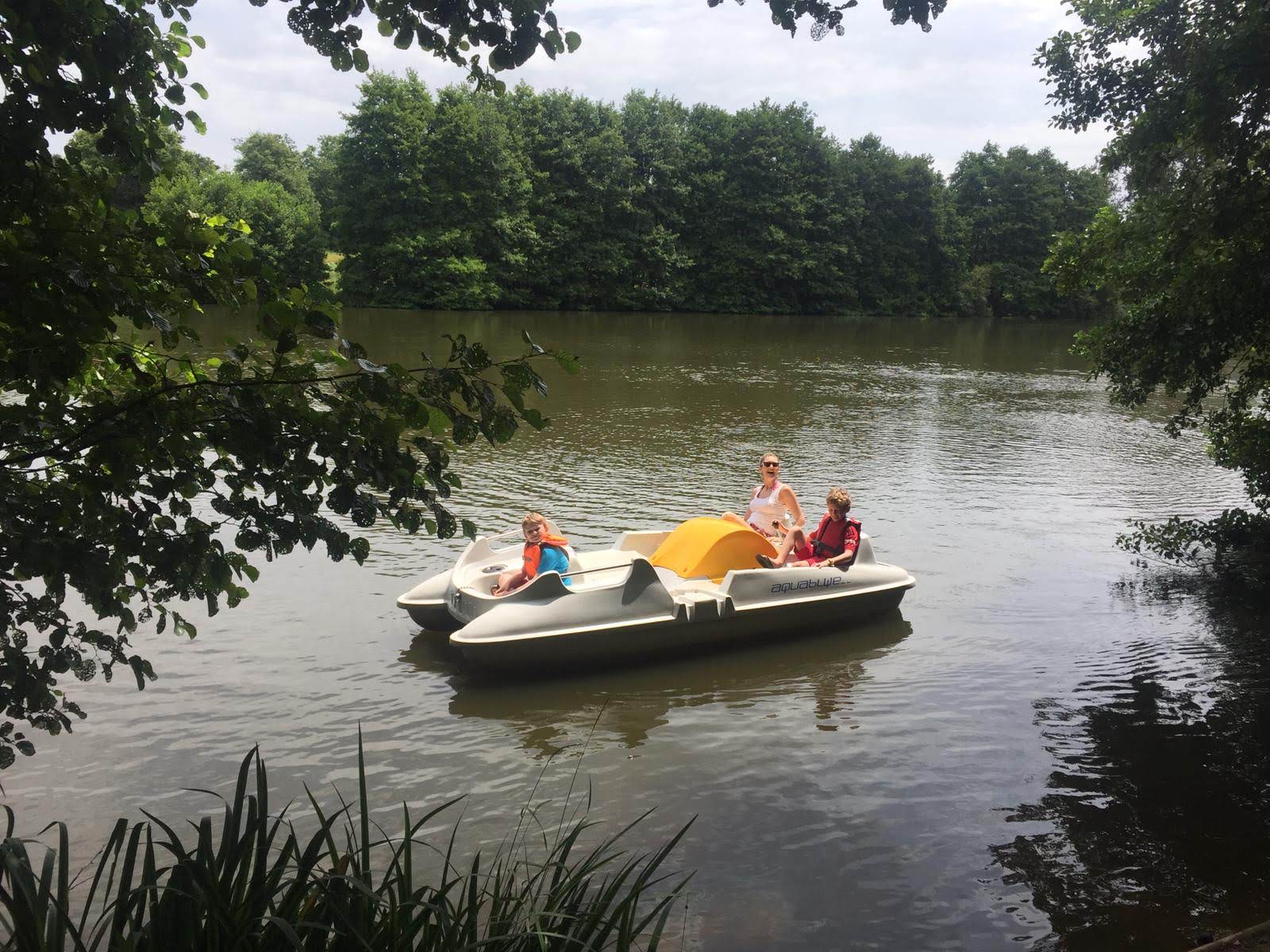 Actually the whole place is so well looked after, and completely spotless. The main pool has a baby pool to the side of it. There is one pool for the slides, and a third outdoor, but covered pool which is used for lane swimming in the mornings and the odd class. I've seen pictures of other campsites in France, Spain and Italy, and the slides in our place were great fun but possibly a bit on the small side in comparison to other campsites. There was also a teeny tiny pool for babies which was in a separate shaded area which Nico loved. It was perfect for him - it had a tiny slide and was really colourful, with little water spouts which created a bit of distraction and interest. 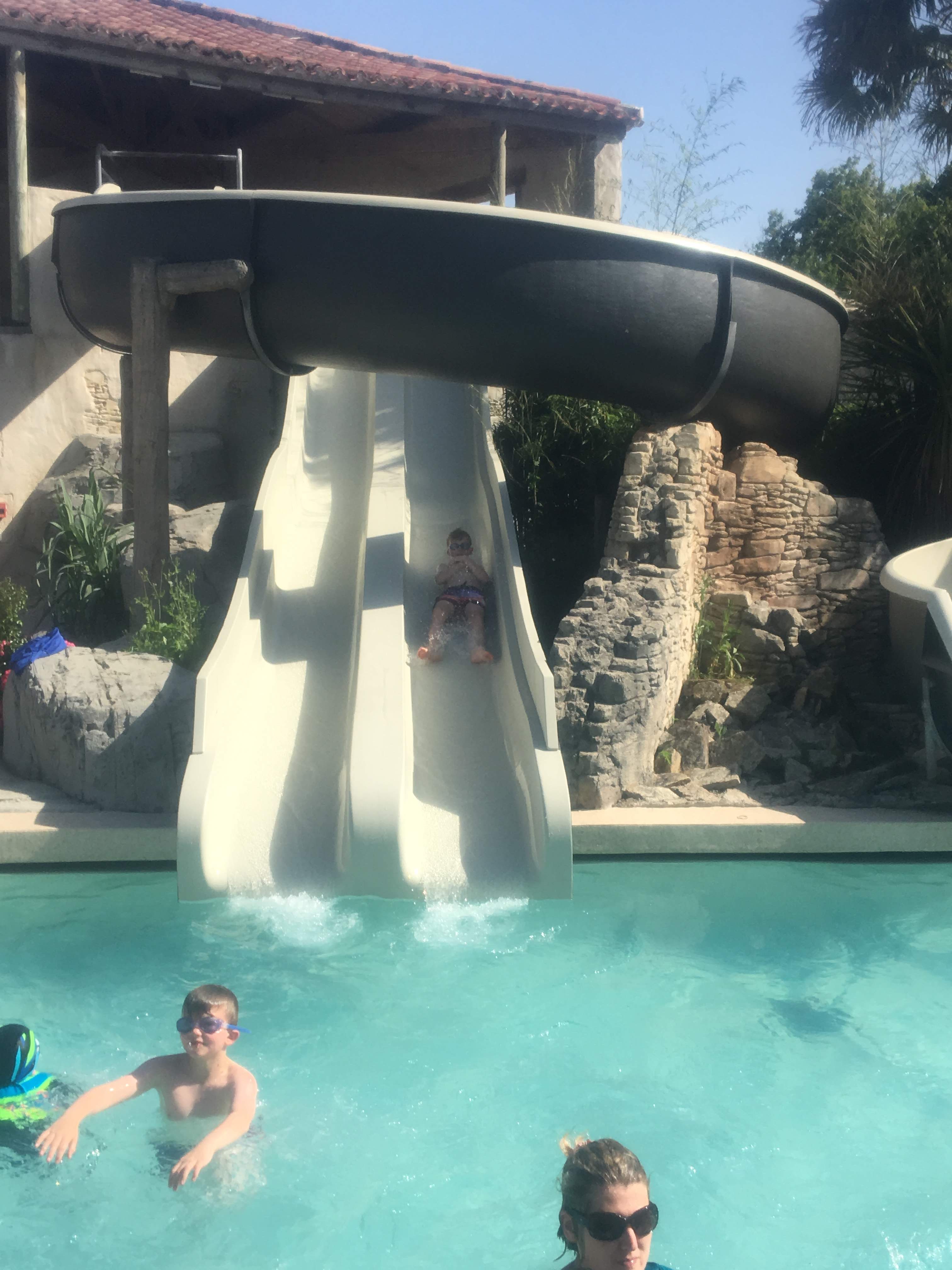 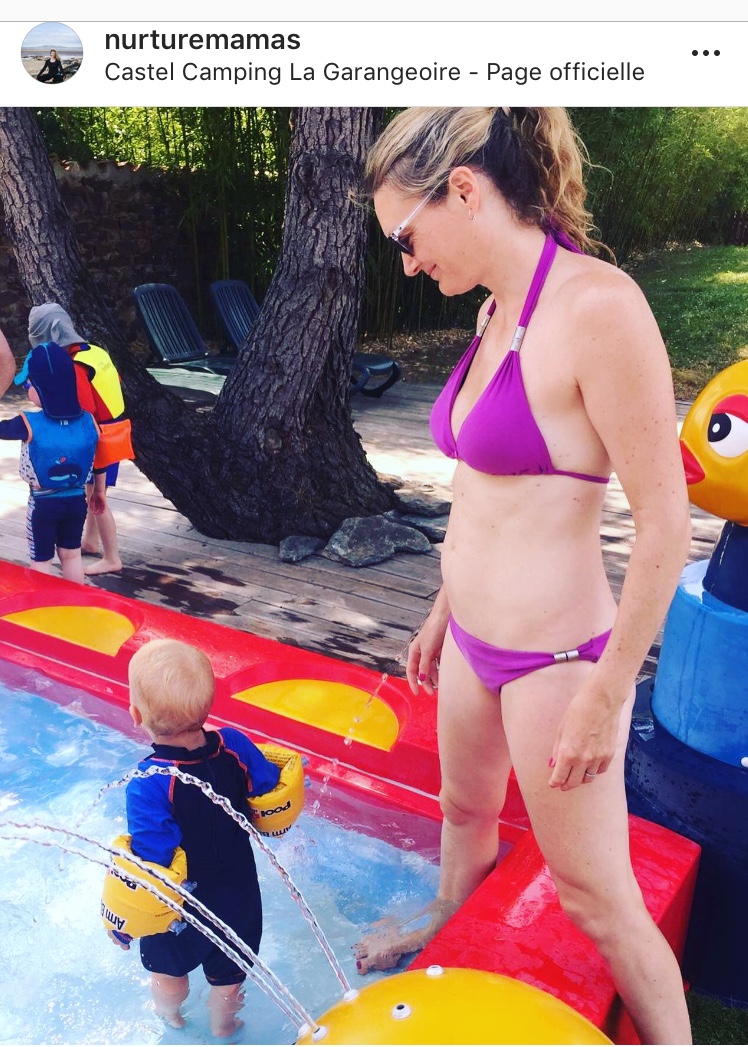 In the evening there are some themed events too - there was a crepe making party, garden party, magic show, and lots more. The kids camp itself was free and you had to pay a little extra for certain activities like the football was €5 per child for two hours; the archery was €8 for an hour etc. So nothing that would break the bank! At the start of each weekend, there was a calendar of events happening each day, so you could plan your week if you were that way inclined. 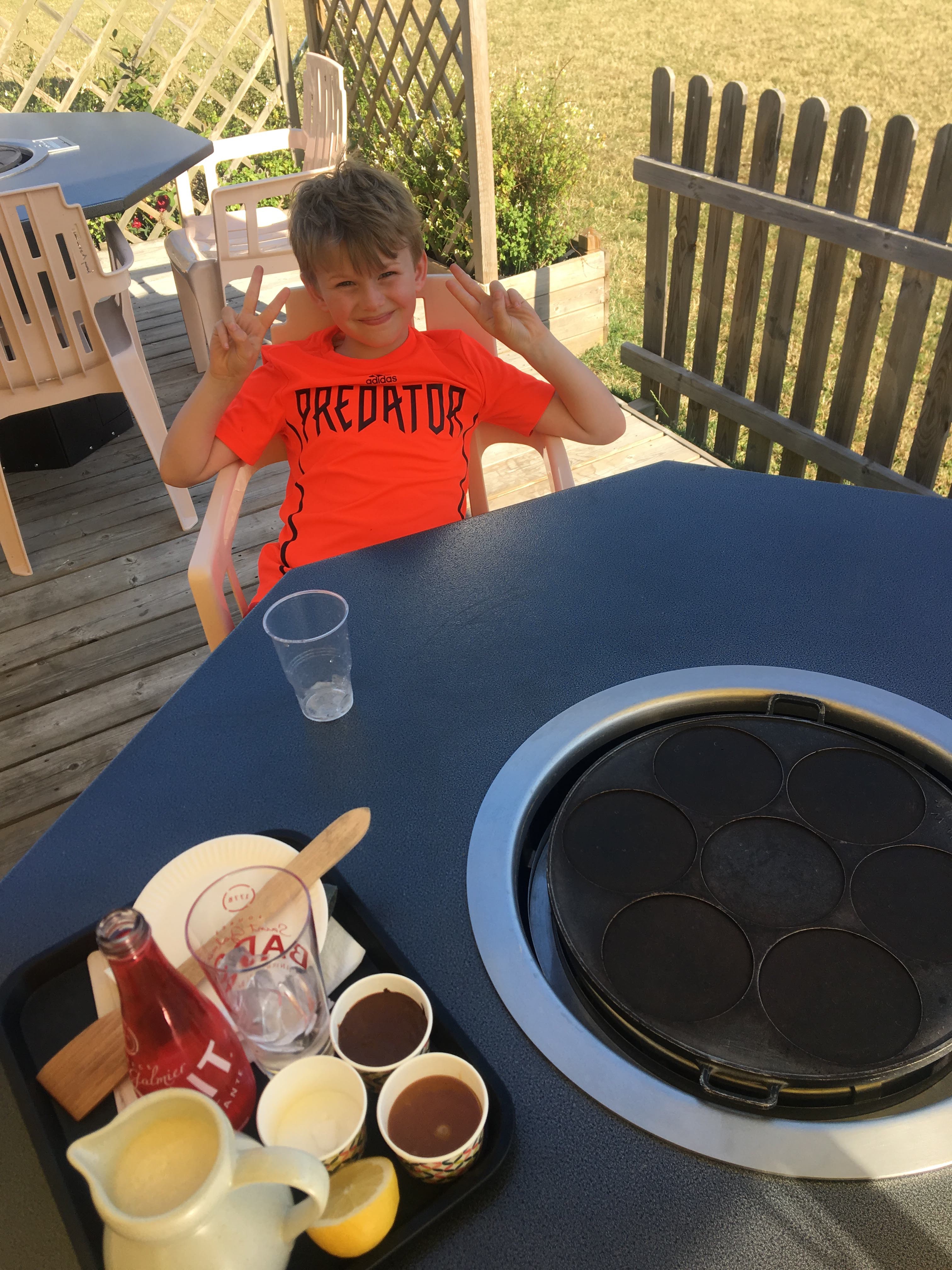 One thing I noticed that really impressed me was the same people come back year on year. It's probably 80% Irish clientele. They are all families with young children and have got to know each other because the same groups seem to come the same couple of weeks each year! It was lovely actually. There is a really nice feel to the place. Some of the guys now working there actually came on holidays to the campsite for years and years as kids, which says an awful lot. You do get that lovely family feel. 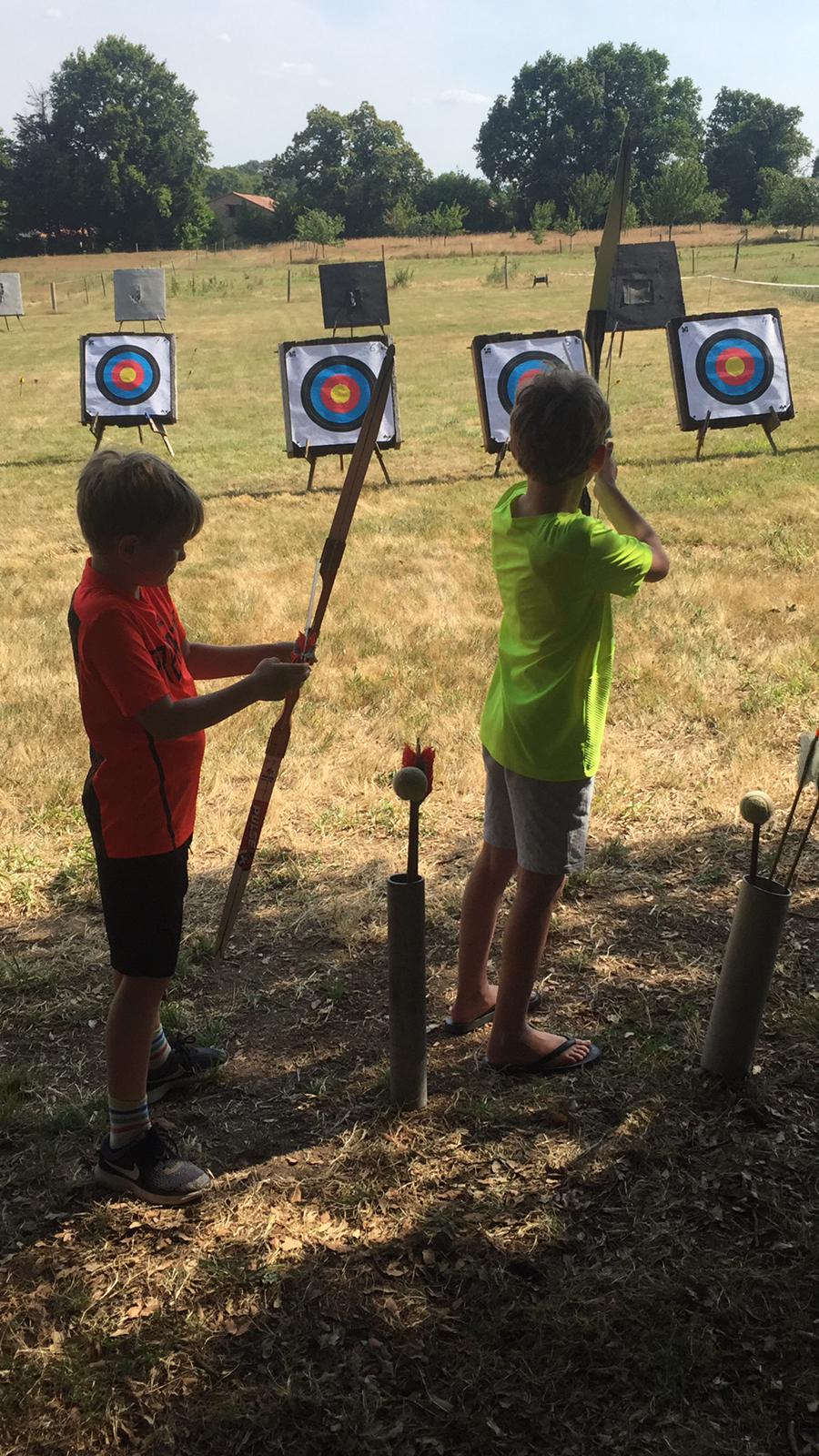 So, what other great bits did I really enjoy? It was sooo relaxed. I never put a scrap of makeup on for the whole time there :-) It felt so safe and Nico could walk around the place, shouting HIYA to everyone! Plus there were great running or walking routes around. So you definitely could never say you were bored!

Eating-wise we bbq'd a fair amount and also had some takeaways. We did one night in the restaurant and it was a disaster with Nico, so we knocked that on the head sharpish!! The takeaway place was so handy actually. They had pizza's and the usual unhealthy kids options, but they also had some nice salads and good stuff too, so that was dead handy.

I wouldn't say there were any real negatives. A couple of things I'd like to have seen improved potentially is the modernity of our mobile home - it was 'only alright' I'd say. There was a huge variety of styles which we weren't aware of going. As we went with Eurocamp, they have a huge proportion of pretty standard / basic mobile homes. The venue itself had much better options, and actually when you leave you can give them the exact plot you'd like next time and it's all confirmed in September. Also there was no air-con which I thought was not good! We were there for the massive heatwave, which was really insane and just about bearable. I think they should at least have a fan per bedroom if they aren't going to supply air-con...but we only had 1 fan which we angled between the two kids rooms.

The shop onsite is very basic and I was expecting better I have to say. The morning baguettes and pastries were delicious of course, but other than that, the selection was poor. And then very, very randomly, if you wanted a glass of wine from the bar, you had to give a €5 deposit! That was the oddest thing!

Obviously there is an entire section for tents / pitches for your mobile home. I walked around that area several times with Nico in the buggy, which also seemed to be set up really well, and super clean and organised.

Details on the cost? Excuse my ignorance, but I always thought that a ferry and camping holiday was quite a cheap holiday. Nope! The blooming ferry was just over €1500, which I was really surprised about. With our discount then via Eurocamp, we paid €1500 for 12 nights in the mobile home. It was a three bed and I know €1500 isn't huge for 5 people, but it was really basic quality. Don't get me wrong, it served a purpose and did the job, but I've seen others which were a lot more stylish / modern. We travelled on Monday 24th June which was the last week of school. I don't think there was any difference in cost that week or if you had gone the week after.

So would we go back? Yes for sure! The kids had a ball, but we'd most likely go back with cousins or friends which would make the kids happier, and therefore make our lives easier! It's a handy holiday but it's very much for the kids. If you like a bit of style, and somewhere to get a bit dressed up in the evening and go for drinks etc, then this type of holiday isn't for you!! I hope that gives you a good overview of the place. If you have any questions at all, please do get in touch!

Helen Plass is a Pre & Postnatal Fitness Specialist, and Yoga Instructor, working with women and their birthing partners to achieve a comfortable, healthy & happy journey into Pregnancy, birth and Motherhood. Check out all her communication at NurtureMamas.com.